The mainstream media's coverage of the large riots occurring in cities has been very superficial and "safely reported," meaning that reporters are behind or within sight of the police, or reporting from news helicopters. The TV news crews show burning vehicles and stores being looted, and they describe the local police as being "busy" or "occupied with protecting buildings, people, or themselves."

The words “busy” and “occupied” are incorrect. The right word to use here is "overwhelmed".

The media downplays these events. For example, the Minneapolis Star Tribune has only today just started describing the events in Minneapolis as riots, after four days of rioting. A MSNBC reporter described the riot as "mostly a protest" while standing in front of a burning building.

And then there's CNN, the apologist for all things left of Jane Fonda. Their building in Atlanta had windows smashed and their logo defaced. Why? At a press conference with Atlanta Mayor Keisha Lance Bottoms, rapper Killer Mike explained it like this:

"I love CNN. I love Cartoon Network. But I'd like to say to CNN right now: karma is a mother. Stop feeding fear and anger every day. Stop making people so fearful, give them hope."

The media as well as the rioters themselves are quick to mention that the riots are over the death of George Floyd. The problem is, the officer involved in his death was charged with third-degree murder and manslaughter and has been arrested, thus removing the rioters' casus belli. Yet the rioting continues. Maybe they think that if they keep looting and burning, the charges will be increased to first degree murder?

In response to all the destruction and mayhem, the mayors and governors of these Democrat-run cities and states do two things: they shift the blame, and they tell people to go home.

"he wants to show failures on the part of Democratic local leaders, to throw red meat to his base. His goal is to polarize, to destabilize local government and inflame racist urges. We can absolutely not let him prevail. And I will code what I really want to say to Donald Trump. It’s two words. It begins with F and it ends with U."

Minnesota Governor Tim Walz implied in one press briefing that white supremacists and drug cartels "are trying to take advantage of the chaos." Minneapolis Mayor Jacob Frey made similar claims.

In another press conference, Walz goes on to describe the geographic origin of the rioters: "I think our best estimate right now that I heard is about 20% is what we think are Minnesotans and about 80% are outside." How did he determine that percentage? No reporter asked him that question.

St. Paul Mayor Melvin Carter stated that 100% of the rioters arrested in his city were from out of state, but he then retracted that claim when presented with jail records that showed otherwise. Walz has not yet issued a statement.

External actors are no doubt involved, but no mention is made of the obvious agents provocateurs: Antifa and other left-wing groups.

Regardless, the media has caught on to this, and it has been echoed by clergy and various mayors, such as Philadelphia's mayor.

What do the governors and mayors advise? Governor Walz says "We want them [the rioters] to do nothing more than to go home. We don't want them arrested."

He doesn't want them arrested. He wants them to go home.

What if the rioters don't go home?

"Or what?" say the rioters as they continue to riot past the curfew.

The police then threaten to use teargas if they don't disperse.

"Or what?" say the rioters, as the teargas causes them to disperse from one location and reconvene their riot somewhere else.

Democrat mayors and governors propose that people go home - the conciliatory tone signals their "concern" for people, people who have for months been staying at home and "social distancing" over the China Flu. The politicians believe that these soothing words provide (aid and) comforting warm fuzzies to everybody. The mayors and governors want reconciliation at all costs, even if it requires compromising with evil.

Those words offer no comfort, for the rioters will always say: "or what?"

Further, they undercut their own desire to maintain peace. For example, at a news briefing with Philadelphia Mayor Jim Kenney, the police commissioner (and her fingernails), and various clergy held earlier today, the overall tone was this: "we don't want people destroying the city, BUT Philly has a track record of racism and bad police practices."

Someone needs to tell them that the word "but" negates what came before. In other words, they want their city destroyed.

To tell people - the people who are actually protesting the death of George Floyd - to "go home" is to tell them to surrender.

The mayors and governors call for inaction and appeasement when what is really required is decisive action.

Most importantly, they must ensure that the agents provocateurs are stopped, at whatever cost.

The best defense is self-defense. Or as one armed counter-protester said: “Before there were cops, there were just Americans. So, here we are.”

Of course, this counsel would cause the media and the liberals to hyperventilate. "The people are taking the law into their own hands," they would whine and complain. But, how is this whining any different from what they do every other day? 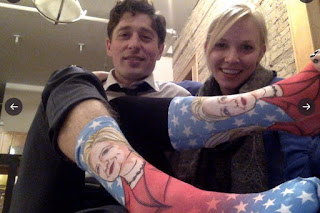